Posted on August 27, 2009 by rsmalley | Comments Off on Cuban connection

I’ve never seen so many dachshunds as in Havana. All the animals on the island seem to be small breeds (cats, horses, other dogs) so it makes sense that dachshunds would be a popular choice. There were definately a few cross breeds between doxies and who knows what. Most of the dogs we saw on the streets were well fed although the people must be lacking in vet services as there were a number of injured dogs still getting around. Seeing a dog carcass well set into a lampost base on the last day was pretty disturbing. Havana is a city melting with lazy decrepitude. It could be one of the most beautiful cities in the world if only the buildings were restored and the streets cleaned up.

I don’t normally support people making money out of dressing their animals up in silly costumes but the dogs were in a good condition and I know the money is needed so I succumbed. Although I will say I thought the dummy routine to be very dodgy… 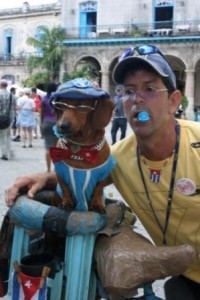 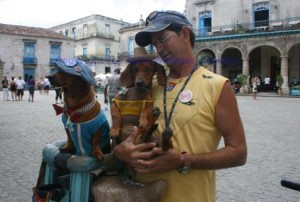 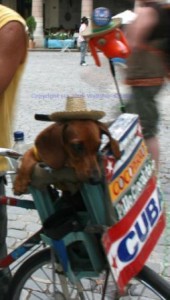 Comments Off on Cuban connection