Posted on January 1, 2021 by rsmalley | Comments Off on Riverside Country Park, Gillingham

For New Years 2021 we took a walk to the Riverside Country Park, near Gillingham. The car park was full but we didn’t have to wait long for someone to leave. While walking about we noticed another car park before you come to the park (driving from Gravesend) but you would have to turn off before the official entrance to get to it.

Lovely marshy area with lots of bird life. Very popular but then it was New Years and nothing else is open. Lots of people with dogs.

We’re in Tier 4 lockdown so shouldn’t leave Kent. It has been a lovely day, cold and sunny. As tomorrow there is a weather warning for wind we decided to head out today instead. We went to Haysden Country Park. Last visited about 6 years ago.

The parking fee is fine but I’m not sure how you pay without coins. Who has coins in these pandemic days! We both tried paying via the phone or via the app and we both failed. Matthew first tried the app a couple of times then when he tried the phone number was told his account had been suspended. So I tried the phone first but it didn’t like the way I said the car reg so the voice told me to text the details in response to a text I then received. Of course my text wouldn’t go through! I then got a text of the website details of my new account. I logged in and yes my personal details were there but whe I tried to add my car details I got an error message:

So we tried! I used to get all KCC parks for free as a Shorne Wood volunteer but I don’t know if that still applies. If we get a fine I will appeal.

We just went round Barden Lake this time. Couscous is 11 now so a lot slower and we don’t explore as much as we used to. No chasing of trains this time. There were a few people about. All the phone calls I overheard were about what people were having for Christmas dinner.

Comments Off on Christmas Day 2020

We haven’t been this way for at least a year or so and now a new housing block has sprung up. We looked at the display homes about 3 years ago – which inspired us to move to our current home. Those houses where nice enough but had too many stairs for a dachshund and too many bathrooms for me (I hate wasted space on extra bathrooms, people can share, you don’t need one for every bedroom.) I like St Mary’s Island but there are no corner shops and it feels too suburban so we didn’t look to buy there. I like to be near a train station. It’s great for a walk though. We must have got the right time as lots of people were out walking their dogs. We met a Cyprus rescue dog who’d eaten all the owners Celebration chocolates out of the wrappers and was taking a daily dose of charcoal for his sins.

We park on the street along Island Way East, near where the walking avenue heads to the shore line. Marked with a cross on the image above. We walk down the avenue to the river then go left or right. Go left: you’ll walk past Upnor Castle and come to the docks, keep walking round and you get to the shopping centre, you can do a full circle and come back along the main road. Go right: you’ll eventually go through some streets but you’ll come to grassy hills and you’ll find walking tracks through the centre of the Island, in amongst the trees.

Posted on June 15, 2019 by rsmalley | Comments Off on Dogs at Hever Castle

Dogs are welcome in the grounds at Hever Castle & Gardens, as long as they are on leads…

Comments Off on Dogs at Hever Castle

Take your dog to the cinema?

Ashford’s Elwick Place Picturehouse: the only cinema in Kent where you can watch films with your dog

A town centre cinema has hosted its first dog-friendly screening.

The Picturehouse Cinema in Elwick Place, Ashford, invited dog owners and their beloved pets down to a special viewing of Pick of the Litter – a documentary following the training of Guide Dog puppies.

The furry film-goers were treated with water bowls, blankets to lie or sit on and dog treats, while lights were kept on and the volume reduced to improve their viewing experience. Representatives from Ashford’s Guide Dogs branch also attended, welcoming guests to the cinema.

The special screenings are expected to continue, taking place on the second week of each month. Other curated film experiences at the Elwick Road complex are designed for people with autism and dementia.

For screening times and information on future events, visit https://www.picturehouses.com/cinema/Ashford_Picturehouse/

Comments Off on Take your dog to the cinema?

Posted on May 5, 2019 by rsmalley | Comments Off on Leybourne Lake, Kent

Back to an old favourite.

Comments Off on Leybourne Lake, Kent

Posted on August 25, 2018 by rsmalley | Comments Off on Riverhill Himalayan Gardens, Kent

We were on the way to Knole and passed a sign for Riverhill and decided to go there instead. Glad we did. Dogs welcome. Nice cafe. There is so much to the garden to explore. The top of the hill has a great view. Couscous seemed to love it so we got a season pass. We need to go back 2 more times by end Oct 2019 to make it worthwhile so we should be ok. Unfortunately they are closed over the winter. 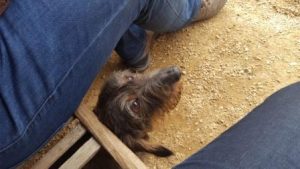 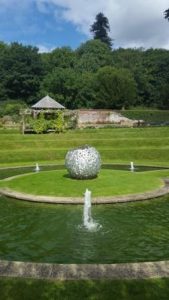 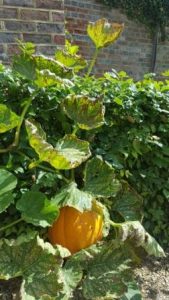 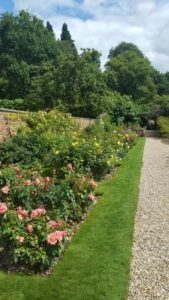 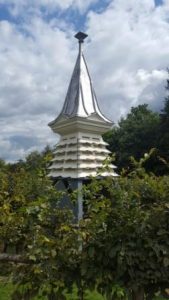 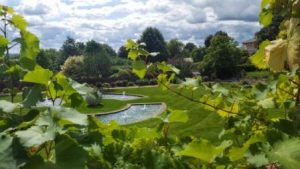 Haven’t been here for a while but with Gravesend being in the top 20s, temperature wise, for the past weeks (how long is it now…) we thought Couscous could do with a dip in the sea. We were introduced to another wire-haired on the walk.

(I thought this area was Swalescliffe but it’s more Hampton.) 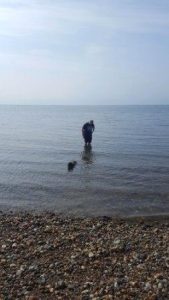 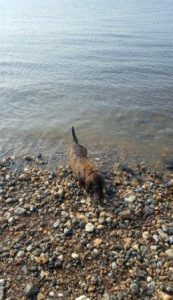 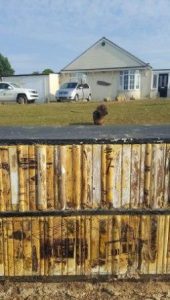 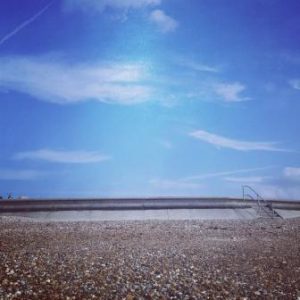 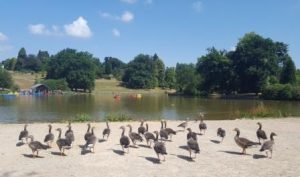 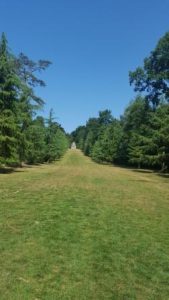 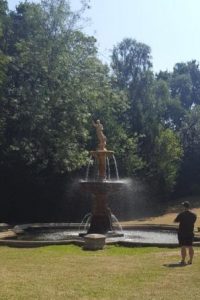 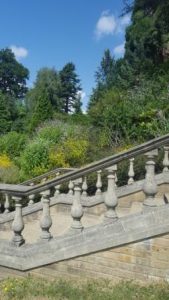 Watching Isle of Dogs with a cinema full of canines

Posted on March 27, 2018 by rsmalley | Comments Off on Watching Isle of Dogs with a cinema full of canines

Scruffy, a sociable yellow labrador, enjoys lying on the couch watching westerns (because of the horses) and Match of the Day (because of the ball), but is only now, at the age of 10, making his debut trip to the cinema. The reason? To attend a pooch-friendly preview of Wes Anderson’s Isle of Dogs at the Cameo in Edinburgh.

“I’m hoping that he will behave,” says Scruffy’s human, Rory, adding, as if in reassurance: “He’s well house-trained.”

This sold-out screening is a first in the city (Picturehouse had a run of dog-friendly showings around the UK on Sunday). The cinema has laid on water bowls and blankets. There is not much of a queue for popcorn; when the picture begins, biscuits and dried pig ears will be brought out from bags.

In the foyer, gazing up at the chandelier, is Gordon “Kanye” Westie, a west highland terrier, shortbread-tin cute in a tartan bow tie. He is here with Fiona, a teacher, who uses the Dugs app on her phone to identify which pubs and other businesses are dog-friendly. She has been lobbying the Cameo to hold these screenings. “When Gordon was a puppy I was basically housebound,” she recalls. “It was like having a newborn baby, and I was missing loads of films.”

Within the auditorium are dogs of every sort. The largest, a newfoundland called Luna, seated front and centre, is the approximate size of the MGM lion. The smallest, a terrier cross called Pedro, has enjoyed a Hollywood ending of his own. The heart-shaped white mark on his forehead is apt; Wendy and Rhona, an Edinburgh couple, discovered him as a starving stray while visiting the ruins of the Temple of Aphrodite in Cyprus, and brought him back to live with them in Scotland where he enjoys climbing mountains and, now, attending the cinema.

The lights go down. The ears perk up. Isle of Dogs is a gorgeous stop-motion animation with a cast of impeccable pedigree: Bryan Cranston is a blue-eyed mongrel; Tilda Swinton a visionary pug. Whenever an animal howls or growls on screen, which is often, there is an answering bark from the audience. Mostly, the dogs behave. Some seem bored. The phlegmy pant of a French bulldog soon becomes a phlegmy snore.

As the film ends there is barking and applause. Wagged tails bang the backs of seats. Satisfied customers include Tobermory, an eight-year-old lab, named for the whisky not the Womble. I had wondered, while perusing Tobermory’s Facebook page – like a sort of Canine Analytica – whether this really was his first trip to the cinema. Records show that he went to see Murder on the Orient Express on 5 November last year, and considered it to be “mince”. This, however, turns out to be the opinion of Bob, a barman and waiter who updates the page and whom the dog has brought along for company.

“I thought this film was fantastic,” says Bob. And Tobermory? “He had a bit of a sleep.”

For the full article with images go to The Guardian.