Posted on December 7, 2009 by rsmalley | Comments Off on First visit

We visited the Rowe’s on Saturday, on the edge of the New Forest. They have 8 dogs and now 8 pups (until we get our hands on one).

Here are a couple of photos of the two that came out to play the longest. 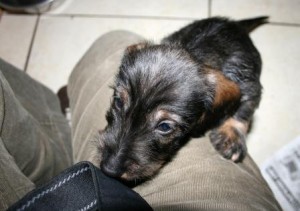 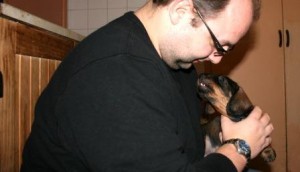 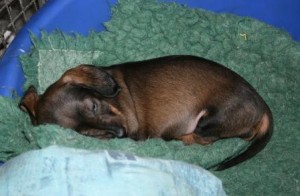 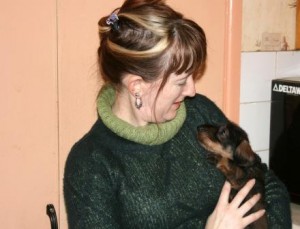 Comments Off on First visit

Posted on November 14, 2009 by rsmalley | Comments Off on Visit pending

We have just arranged to visit Lily and her pups on December 5th.   I think we are getting a girl but I’m not sure why that is – we never expressed a desire for one or the other so it doesn’t matter.  We’ll get to pick her up the week before Christmas – how exciting.

Comments Off on Visit pending

Posted on September 19, 2009 by rsmalley | Comments Off on Sad news

We have just heard that Jessie’s pregnancy did not go well. One of three pups survived and has been returned to the father’s house.  We hope Jessie recovers quickly! We have met another lady who was to have pups in the near future but we never heard if her bitch fell pregnant. So I will now contact her and see how things are going with her dog Lily.

Comments Off on Sad news

We’ve had news that Jessie is pregnant and the pups are due mid September. Exciting.

Comments Off on Good news

Tina just sent us a photo of Jessie. 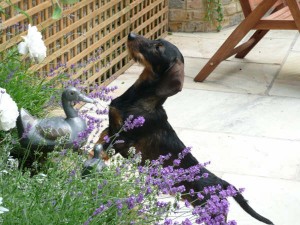 Comments Off on Jessie

Posted on July 4, 2009 by rsmalley | Comments Off on Windsor Dog Show

We went to the Windsor Dog Show yesterday and met up with Sue and Ian. Their Twix won her round and then came second overall! We also met Tina and Jenny who I spoke to, a few weeks back, about potential puppies later this year. We met Lily – a real sweetie. We spoke to a guy at a leather supplies stall, who gave us advice on getting a puppy collar and lead. When we said we were getting a wire-haired he pointed to the back of the tent where he had his 9 month minature. He said he was the best natured dog he’d ever had. Everyone says how lovely they are. I also fell for the Irish Wolf Hound big time. 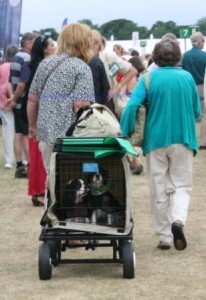 Wirehairs on show (Sue in front)

A small herd of Irish hounds 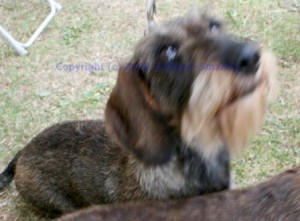 Comments Off on Windsor Dog Show

Posted on June 22, 2009 by rsmalley | Comments Off on Bolzano connection

We have returned from our week’s sojourn in Europe.  Much to our delight we saw the wire-hair in action. We saw a couple of them (on separate occasions) in Bolzano/Bozen and Gries, happily bounding by. Sorry no photo of the dogs so I have added a photo of the area were we first saw one. 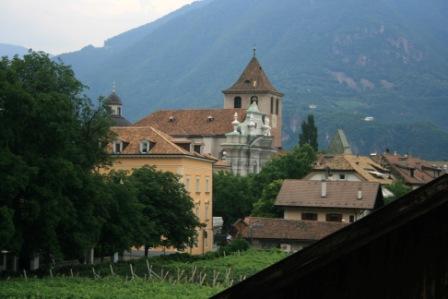 Comments Off on Bolzano connection

I rang Jenny, in Wiltshire,  last night as her bitch Lily is likely to have pups in a few months. Lily is part of the Sunsong line but I can’t remember how exactly.  Jenny hopes to mate her with a male that has the chocolate colour gene in him. This way they may get some more choc coloured dogs.

I also talked to a lady in Putney who has another of the Sunsong line who may have pups about the same time as Lily.

Another link to the Sunsong family of dogs – http://myweb.tiscali.co.uk/sunsong/gypsy.htm 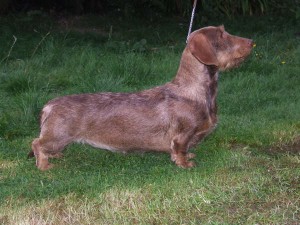 Potential mother of our pup

Comments Off on Lily

Posted on June 1, 2009 by msmalley | Comments Off on Choosing a dog name

It’s jumping the gun a little bit, but here’s our thoughts on the name of our future furry family member.

So here’s some ideas:

The only real requirement is that it’s something you’d feel comfortable shouting the first syllable of at night in a deserted park (so perhaps some of the ideas above need a rethink).

Our favourites so far then are:

However, researching the fictional dognames has given me a final bit of inspiration that’s worth investigating… “K9“.

Feel free to leave a comment with your suggestions!

Comments Off on Choosing a dog name

Today, we met Sue & Ian, custodians of the Sunsong line of Dachshunds, as well as their two pairs of dogs – two standard wirehaired and two miniature smooth.

We’re now convinced we should get just one dog to start with (to ease ourselves into the idea of training) and that it should be a standard wirehaired (not that the smooths weren’t cuties too!). 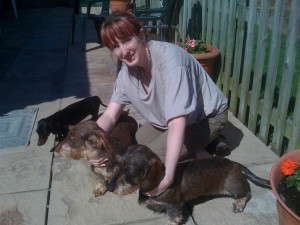 Here’s a picture of Ruiha with three of them!

Comments Off on Sunsong visit