Posted on August 22, 2010 by rsmalley | Comments Off on Greenwich dachshund meet

I took Lady CC to the Greenwich Park Dachshund meet for the Dachshunds in London club. There were about 15 little sausages running around while the band played. It was great. Lady CC was her usual aloof self but did let her hair down when she met Lily, a toypoodle/terrier cross. She and Lily had a major run around together – wonderful to see. CC was the popular one of the day I think. She had her photo taken a few times and various children would come over to pet her. She was the largest as all the other sausages where minatures. There was one other wire-haired one – tiny thing with curly fair fur. 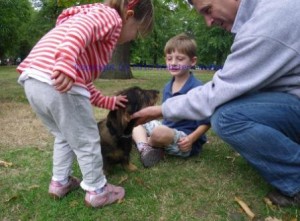 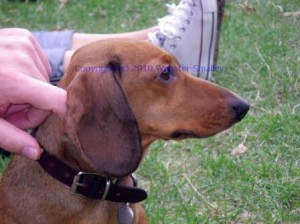 A few at play 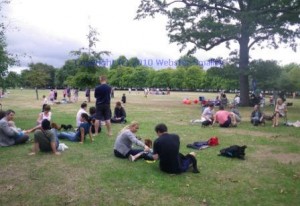 This entry was posted in News and tagged dachshund, London. Bookmark the permalink.