I own the world’s ugliest dog

When my colleague at the animal shelter called me to meet a dog that had just been brought in, I couldn’t believe what I was looking at. It was about 10 years ago, and a man had come in saying he’d found three dogs and couldn’t keep them. I wondered if I was on Candid Camera: I’d worked at the shelter as a vet for 20 years, and had seen thousands of animals, but never anything like this. 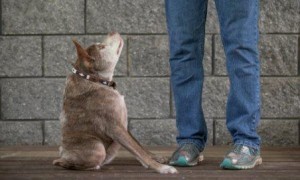 As he walked them towards the shelter, someone said, “He’s meant to be bringing three dogs, but that one’s a pig or something.” Quasi Modo, as I later named her, was around a year old and had a birth defect called short spine syndrome: everything fused together in her back and she couldn’t move her head. She still has to turn her whole body to look at anything.

For the full story go to the Guardian.

This entry was posted in News and tagged competition. Bookmark the permalink.